The overall control and direction of the Co-operative Audit and Supervision Corporation (COASCO) is vested in the Board of Directors whose chairperson is appointed by the President of the United Republic of Tanzania. Board members are appointed by the Minister for Agriculture, Food Security and Co-operatives. The Chief Executive Officer of the Corporation is an appointee by the Board of Directors; the Director General is assisted by three directors, namely; Director of Audit, Director of Finance and Administration, and Director of Research and Consultancy. Within each directorate, there are several departments. 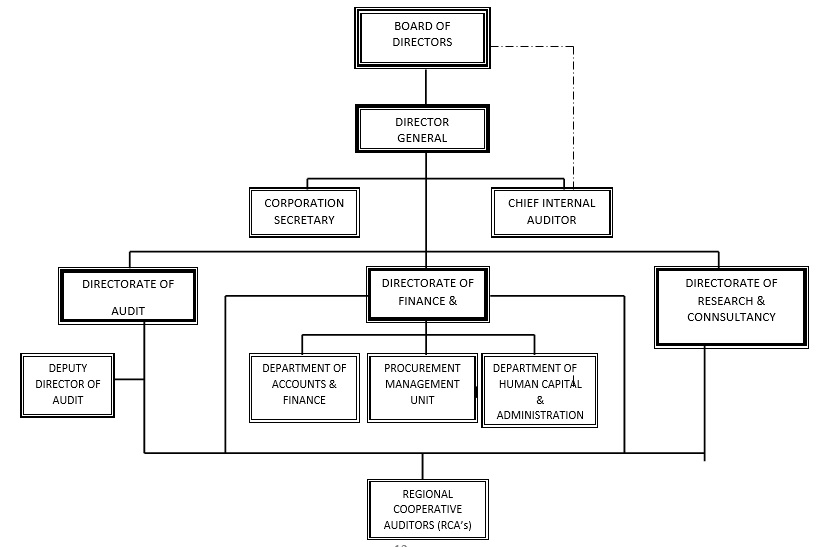